People across Mississippi got into the scratch-off fever Monday as lottery tickets went on sale for the first time in the state.

For decades Mississippi was one of only six states without a lottery. There was strong opposition from politically powerful churches. People often drove to neighboring states such as Louisiana to buy tickets there.

Now people are driving to Mississippi to buy tickets, said Mohamad Amro, who owns the Tenn Tom Express in Brooksville near the border with one of the remaining states that does not have a lottery — Alabama.

“We are getting a lot of customers from Alabama,” he said, speaking about the customers he’s seen since the gas station and store started selling the tickets around 9 a.m. And customers are already making financial plans, he said: “They are saying what they are going to do with their money after they win.”

The tickets are available in roughly 1,200 convenience stores and other sites across the state.

Democratic state Rep. Alyce Clarke of Jackson has been pushing for years to bring a lottery to Mississippi. She bought a ceremonial first ticket at a RaceWay store and gas station in south Jackson.

“It feels great. Finally, it becomes a reality. And it just goes to show you what happens if you don’t give up,” Clarke said. “Sometimes you have to try and try and try again.”

The state had resisted a lottery for years until lawmakers in 2018 authorized a lottery as a way to finance road maintenance and infrastructure needs. At the time, the state had been forced to close hundreds of unsafe bridges.

Clarke had been pushing for all the money to go to education. She said she was disappointed with the way the money was apportioned but that the roads and bridges also needed investment.

Right now, people can play four different types of games, and the Mississippi Lottery Corporation plans to introduce new games in the coming weeks. On January 30, tickets for both Mega Millions and Powerball will go on sale. Winners can remain anonymous. 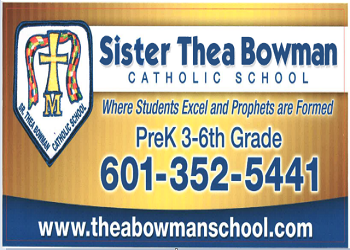